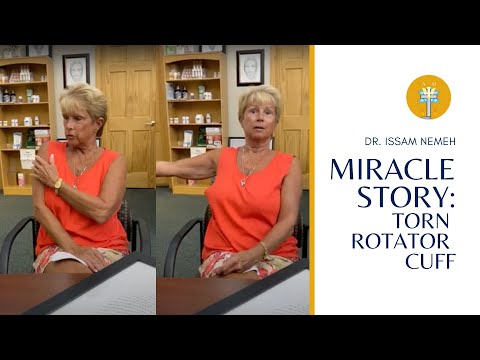 Healing of a Torn Rotator Cuff 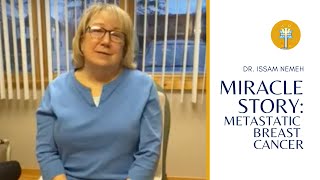 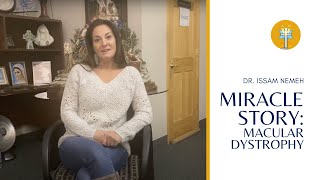 High School Ref Back on Court After Stage 4 Cancer Diagnosis

FLINT, MI - It wasn't long ago that Steve Johnson was told he wouldn't be around to see the 2017 Michigan high school basketball tournaments.

In June 2016, the longtime Flint-area official was given a death sentence.

Cancer. Terminal. Three months to live at the most.

Yet tonight, Johnson is scheduled to be on the court at Beecher, blowing his whistle during the Class C girls district tournament. It will mark the first time he has worked a state tournament game since 2016, a couple of months before he was diagnosed with cancer.

That's a heavy workload for a guy who appeared to have no future when his world changed forever on June 11, 2016.

Johnson was preparing to a hit a tee shot on the first hole of a Flint-area charity golf tournament when he discovered he had no strength. Johnson was used to hitting his tee shots about 225 yards - "I'm a down-the-middle player," he pointed out rather proudly - but this time the ball only traveled about 150 yards.

That, coupled with some fatigue and a recent 15-pound weight loss from his already lean frame, told Johnson something was wrong.

So rather than conducting the post-tournament auction as he had in the past, Johnson went home and his wife Terri became alarmed when Steve took off his shirt and she saw bones protruding from his back.

Johnson went to the doctor the following morning, was immediately sent to a pulmonologist and on June 15 got the shocking news - there was a mass in his chest and it was stage 4 cancer.

"The first thing the pulmonologist said to me was, 'Do you have a will?'" Johnson recalled. "And I said, 'Yeah, I have a will to live. Tell me what's wrong.' I was given two to three months to live. I accepted it.

"Then all of a sudden God intervened."

This is where Johnson's story gets really interesting.

While Johnson was waiting for the inevitible to happen, longtime friend Judge Duncan Beagle heard about his former City Baseball League teammate's plight and offered to help. But it wasn't the traditional kind of help. Doctors provided that with radiation and chemotherapy.

Instead, Beagle and wife Dana took Johnson to see Dr. Issam Nemeh, who has a private practice in suburban Cleveland. Nemeh is an anesthesiologist and surgeon who has become renown as a spiritual healer after appearing on The Dr. Oz Show to tell his story.

Johnson went to see Nemeh near Cleveland before getting a biopsy done the next day. When he returned home from that procedure, Nemeh's office called asking for a picture of Johnson. Shortly afterward, Johnson's life changed again.

But this time it was in the opposite direction.

"I'm standing there and about the time Dr. Nemeh was getting that picture, I start feeling like somebody is pouring this warm water across my chest, from one arm pit to the other arm pit," Johnson said, getting more animated with every word.

"It felt great, a feeling you would never be able to feel in your life unless God came and visited you. I had never felt anything like it. It lasted about a minute and a half and as this water is pouring across my chest, my wife goes, 'Are you OK?' I said, 'Honey, I think that cancer just left my body.'

"She says, 'Look at your chest.' I looked at my chest and you couldn't have taken a ruler and went from arm pit to arm pit and made a rectangle more square than what that wetness was on my shirt. It rang out wet. My wife comes up and she goes, 'Oh my God. You are dry everywhere else.'

"When it was over, I felt like a million dollars. I could hardly even walk (before that). I jumped off from the steps leading from the kitchen to the living room and I started kind of trotting around the room, feeling awesome."

Johnson, whose weight dropped from his usual 155-160 to 110, still had to undergo chemotherapy and radiation but things began looking up shortly after his visit with Nemeh.

His fellow officials helped cover some of the expenses of Johnson's treatments, donating their paychecks from football games around the Flint area one night in October while also holding a fund-raiser for him.

Today, as Johnson prepares to work the Beecher-Montrose game, he's back to full strength less than two years after his death sentence. Johnson says he's cancer free although he does gets check ups every three months as a precaution

"All I take are supplements. I take absolutely no drugs."

Friends are amazed at the way Johnson has recovered and how much he looks like his old self.

"I stopped over his house probably a week or two after he got his original diagnosis ... which basically told him he didn't have long to live," said longtime Flint-area official Randy Hutton. "Put his house in order, make sure you got a will and everything else like that. It scared the crap out of him.

"He had a long way to go and he came back really strong and unscathed. It's really a miraculous outcome. He looked like he was death warmed over for a while. He's really come all the way back. He's healthy, he's strong, he's doing what he wants to do.

Indeed, Johnson is still a top-notch official who is liked by virtually everyone whose crosses his path. His outgoing and upbeat personality makes him a hard guy to dislike and it's rare to hear anyone - coaches, fans or media - criticize the way he calls a game.

That probably explains why he's been part of so many state championship games.

"He's a good official," said Goodrich girls basketball coach Jason Gray, who has won a pair of state titles. "I've known Steve for a long time. I saw pictures of him and it looked bad.

Johnson is taking advantage of his second chance by trying to help others.

He frequently visits cancer wards, show patients pictures of himself when he was at his worst and encourages them to fight and remain optimistic. He also speaks at churches as well as seminars conducted by Nemeh and tries to spread the word that every diagnosis, no matter how bad, isn't hopeless.

Johnson was raised Catholic and although he "shied away from the church" as an adult, it's no surprise that he says his faith is stronger now than ever.

He has a book in the works about his ordeal and never refuses an invitiation to speak about everything he's gone through while urging people to have faith.

"I'm just happy," said Johnson, who is well known throughout the Flint area. "I'm happy and I'm blessed. Now I understand it all. I understand where it's coming from. I think I was chosen to put the word out and that's where it is.

"I never not believed in God. He knows I know a whole lot of people and he knows I've got a good rapport with people. He was ready for me to spread his word and guess what? It worked. I can't go anywhere without giving people hugs. They have to hug me, they have to touch me.